Although drugs like metformin and nifedipine have wide therapeutic windows patients can suffer from ‘peak effects’ and this is where they get side effects when the concentration is at its highest. These drugs are made into slow release formulations to reduce the height of the peak and reduce side effects.

Crushing tablets with small therapeutic effects or those with peak effects (Figure 2) increases the chances of side effects and times when the drug is less likely to work. Figure 2 shows the serum concentration peaking above the line for which side effects are more likely. 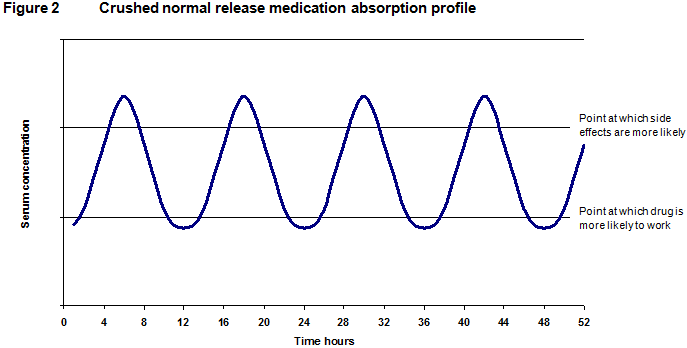 Drugs are frequently formulated into modified release tablets or capsules so that the patient does not have to remember to take them so often and also to reduce peak effects (Figure 3). These formulations are excellent and are commonly used for the control of pain e.g. MST.

Because each tablet or capsule holds a relatively large dose of the drug, crushing the formulation significantly increases the maximum serum levels and reduces the minimum serum levels (Figure 4). Consequently, crushing can cause side effects and periods where the drug is not working at all. 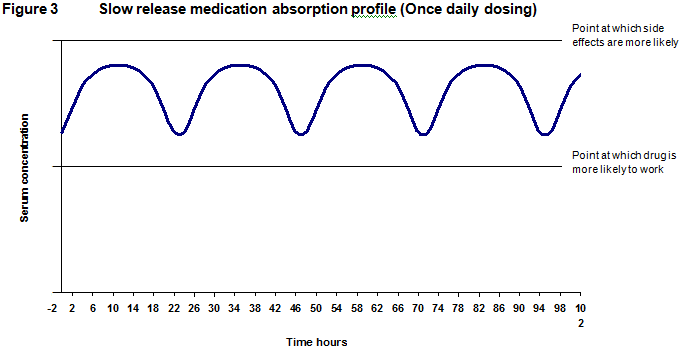 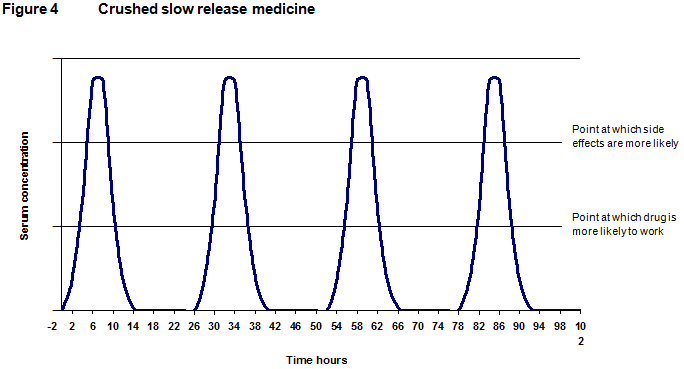